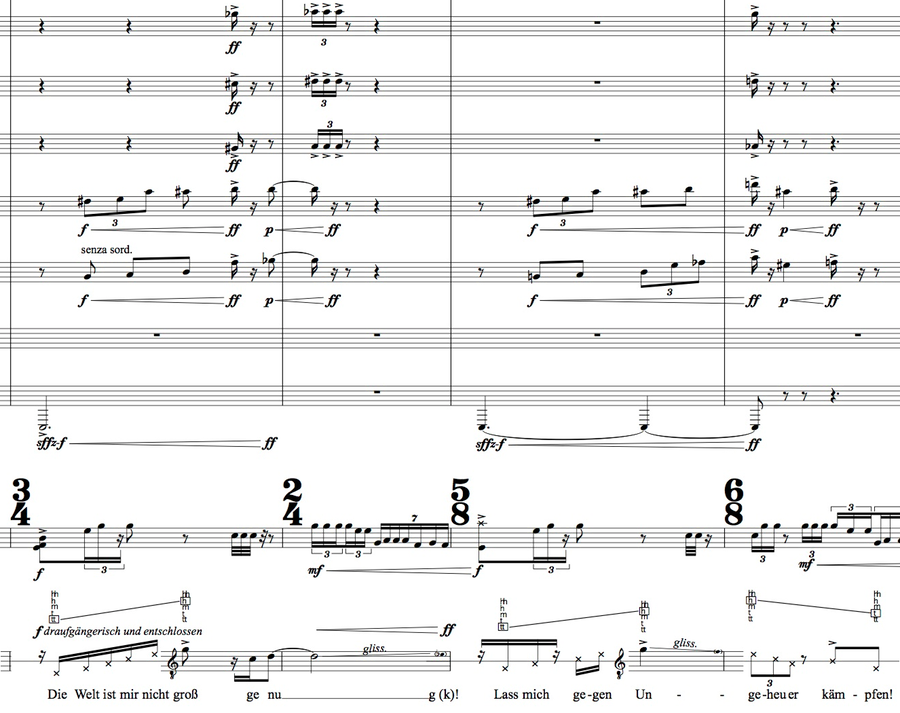 Martin Grütter leads the action from one climax to another. Rapid tempo and enormous volume drive the actors forward and leave the singers as well as the audience virtually breathless.
dpa, June 16, 2013
← back
forward → 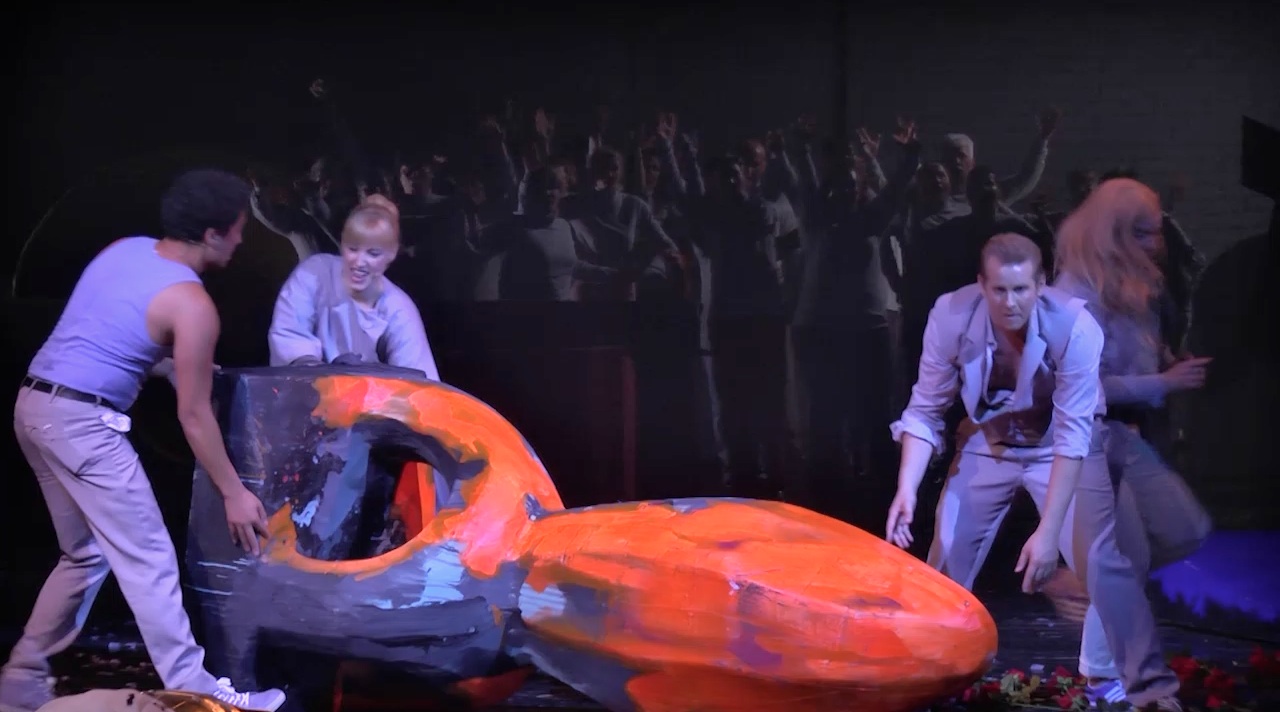 Beginning of the score (including detailed instrumentation and performance notes):

Beginning of the score (including detailed instrumentation and performance notes)